← The Right to Fly Without Glass and Bars
The Sword of Damocles over the Weekly Adelante; Libel and Legal Peril →

In Cuba, Facing Goliath, David Looks for a Miracle 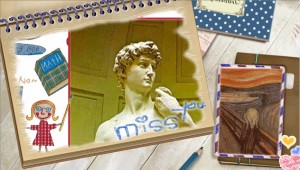 My only joy is my grief, my only rest the hard work.
Michelangelo Buonarroti
Florentine Creator

Technical and Vocational Education (ETP) and the pre-university are considered by the Ministry of Education (MINED) to be different types of education and therefore are dealt with differently by the Cuban State. One of the reasons advocated by the directors of education in the country is that there are different lesson plans for different purposes.

Among the better informed directors in Technical and Vocational Education is the vice-minister of education, Mr. Kenelma Carvajal Perez, who, in the Roundtable TV show (September 15, 2011), referring to the start of the 2011-2012 school year stated:

“… Technical and Vocational Education is a priority, it can’t be different, the training of the technicians and workers the country needs must be a priority because otherwise we can not achieve the economic and social development the country needs.

“The commander in chief called us in July 2008, at the National Assembly, that each territory should develop the human resources required for that territory. And we who were leading the ETP also had to do this; we began a process of review, of analysis, of evaluation of what we were doing; to also manage to be in step with the quality that was being asked for in this development.

“The end result was that in some cases the graduates came to the workplace without having all the preparation that was required and this resulted in their being rejected at the workplace, and at other it resulted in a lack of motivation in the young people who left their jobs. And some of those who finished the ninth grade, intending not to go to work but at that time the majority wanted to go on to get the bachelor’s degree, or trying to get a bachelor’s degree, they then entered the polytechnic but with no motivation to study these specialties …”

Deputy Minister Carvajal referred primarily to the pre-university boarding schools known as “Schools in the Countryside,” closed a few years ago. These study centers were generally located away from the homes of students, often in areas of economic interest to the state. Students of these schools had to do farm work in addition to their academic studies.

The refusal of people to send their children to these pre-university boarding schools, was due to the poor academic performance of students and various disciplinary and criminal events occurring in them.

In Cuba another kind of boarding school continues, called the Pre-University Vocational Institute of Sciences, based in each province and requires certain prerequisites, including an entrance examination. The places of at these schools are controlled by municipalities and issued through an academic and political ladder. In their early days they enjoyed great prestige, but have now lost popularity due to lack of teachers.

In 2004, many of the polytechnic educational institutions referred to by the deputy minister, were located in urban areas; several followed a government plan called the “Battle of Ideas.” Most were not boarding schools, which meant for those aspiring to the technical bachelor’s degree they studied in the day and returned home in the evenings.

“That’s why the first thing we tried was to evaluate this development of the technical-bachelor’s and rescue the development of qualified technicians and skilled workers. In January 2009 they began in conjunction with all agencies of the central state administration, which are governing in these specialties, a process of evaluation of the plans and programs of study.

“For that we reactivated the commissions of specialists composed of polytechnic teachers, officials from different levels of MINED, but mainly specialists from businesses and centers of productions, who are those who know what the graduates they are going to employ should know, once they’ve finished their training at the polytechnic center.

“…Now we are developing, with the ninth grade graduates, a technical school with duration of 3 years and 4 months … and training of qualified workers for a period of 2 years.”

“… Those who graduate as skilled workers … We know that is easier to change a curriculum or a share of investment, than to change the acceptance of the family, of the general population, and understanding why we do these things. Therefore, many of those who today are training to become skilled workers are concerned: ‘Will have to remain only a skilled worker my whole life? Can not I continue my training?’

“We think there are possibilities and the opportunities for them to do so. Hopefully there will always be skilled workers in the jobs we need today in this country for its development, but they can continue studying through the courses for workers that we’re developing in ETP, or matriculate once they finish the skilled worker course in the Rural Labor School.”

The Rural Labor Schools (FOC) are educational centers with evening and night classes, attended by skilled workers or other persons with interest in obtaining a bachelor’s degree. These studies have, for the moment, a period of three years.

“The ETP’s school system in general is quite deteriorated … It was made a priority at a determined time, the only the repairs occurred in the various centers functioning as information science polytechnics. Indeed, in the last two school years they have been developing maintenance programs that have gradually improved the conditions of these centers, but still not enough for all the needs that the ETP has now…

“Above all have had to perform some actions in order to ensure growth in this education in recent school years. From the previous school year we are entering more students who graduate from the ninth grade to the ETP that offers a pre-university education; this responds to the search for a better fit, a better relationship between the demand that exists for agencies and production services and places that are awarded by the Ministry of Labor…

“…In this course… of the 125,000 students who graduated from ninth grade, more than 60,000 were received offers from the ETP, which is 56.2% of these graduates, but most of them are turning to this education to train themselves as skilled workers … the matriculation we have today to train skilled workers is the largest in the history of Cuban pedagogy…

“… It is important that the population understands, the parents of these students understand… including some of those who have not joined …”

The opinions of the population are very critical of the State’s public policies regarding general education and ability of children in ninth grade to continue their education.

In 2004, as one voice, we said “No to the schools in the countryside!” At that time the State, Deputy Minister Carvajal recalls, changed its strategy. Now, it recognizes, we don’t accept the idea of turning most of our teenagers in skilled workers. If we think about it now as citizens we are doing little. The story changes if we dare to look our daughters and sons in the eye, even some who are still children.

Before seeing this part of our body suffer due to causes distant from their childhoods, it is a thousand times preferable, however difficult it may seem, to be firm and, when it comes to the aspirations of our descendants, see that each gets a place. We can’t play with the dreams of our children. The only thing missing was a Cuban David looking for a miracle facing off with Goliath. How long?

Suffer than see that part of our body due to no fault of their childhood, is a thousand times preferable, however difficult it may seem, be firm and put each in its place when it comes to the aspirations of our offspring. With the dreams of our offspring is not played. The only thing missing was that in Cuba David look for a miracle to Goliath! How long?

Posted on May 6, 2012, in Dora Leonor Mesa. Bookmark the permalink. Leave a comment.

← The Right to Fly Without Glass and Bars
The Sword of Damocles over the Weekly Adelante; Libel and Legal Peril →